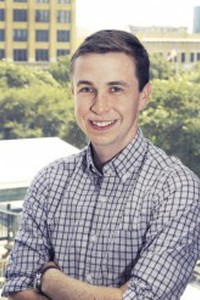 Josh Newby is the Marketing/Communications Director for Council on Aging of West Florida, where his responsibilities include media relations, event management, community advocacy, marketing and advertising, and overseeing fund development. Previously he served as editor at Ballinger Publishing and a communications specialist at University of West Florida.

Newby earned a master’s degree in Strategic Leadership and Communication from UWF in 2014 and a bachelor’s of public relations from UWF in 2010. He is a graduate of the Pensacola Chamber Foundation’s Leadership Pensacola program class of 2016, a board member with EscaRosa Coalition on the Homeless, the District 1 representative for Florida Association of Aging Service Providers, a committee member with the Escambia County School Marketing Advisory Council, and a member of Five Flags Rotary. In 2010, he and a team of UWF students won FPRA’s state Golden Image Award; in 2012, he and his colleagues won FPRA’s local Judge’s, Image and Grand Image Awards. Newby enjoys spending time with his dogs and wife (in that order), renovating his house, and being active in the community. 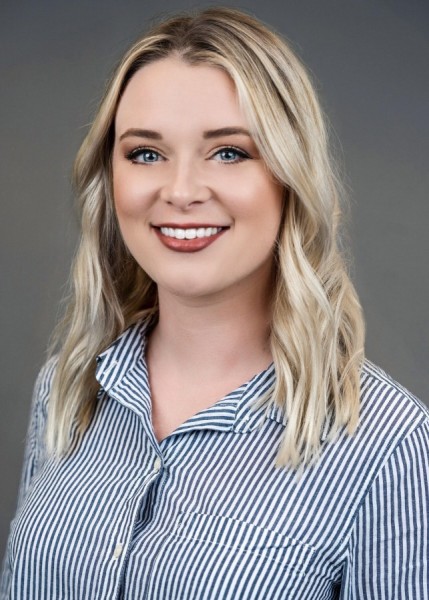 Brandi Gomez is a Corporate Communications Strategist at Navy Federal Credit Union. In 2018, Brandi served as the President of the Florida Public Relations Association Pensacola Chapter. Now she's slotted for round two of presidency! Her accomplishments include being recognized as an InWeekly Rising Star, graduate of the Leadership Pensacola, and receiving a Grand All Image Award from FPRA. Outside of all the professional stuff, Brandi maintains a motherhood and lifestyle blog called Wing It All and finds her happiness in bettering the community and empowering others. 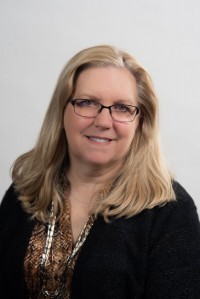 Kim Stefansson is the Public Relations Coordinator for the Escambia County School District, an organization responsible for the education of over 42,000 students in 47 schools and 27 other district-owned sites. ECSD is also the 2nd largest employer in Escambia County. Stefansson graduated from Towson University in Maryland with a B.S. Degree in Mass Communication and was commissioned into the US Navy. Her service was primarily as a Public Affairs Officer taking her literally around the world before arriving in Pensacola. She retired from the Navy and soon found a new adventure in education, earned a Master’s Degree from UWF, and taught for 10 years before becoming the District’s PR Coordinator two school years ago. 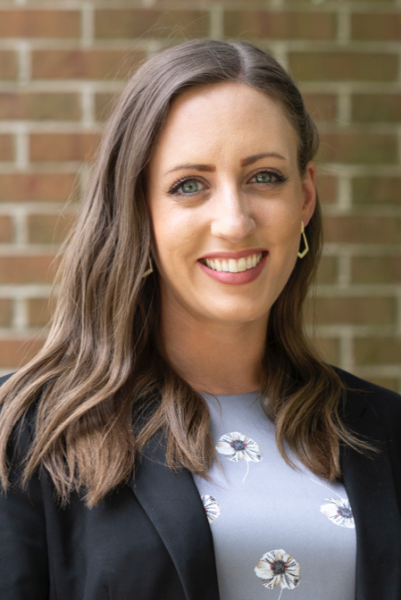 Kaycee Lagarde is the Public Information Officer for the City of Pensacola, working in the Office of the Mayor to facilitate the city’s communications with the media and public. Kaycee joined the city in May 2019 from the Escambia County Board of County Commissioners, where she worked in the Community and Media Relations Office since 2016. She graduated from the University of West Florida with a bachelor’s degree in communication arts/journalism in 2011. Prior to working in government public relations, Kaycee worked at the Pensacola News Journal as a multimedia reporter and local government reporter. She was named a 2019 Inweekly Rising Star.

Kaycee is passionate about media and public relations, transparency in local government and government communications. In her free time, she enjoys going to the beach, traveling, listening to true crime podcasts, taking long walks around downtown Pensacola and drinking all of the coffee.

Sarah Whitfield is the assistant public information officer for Santa Rosa County. She is responsible for the dissemination of accurate and timely information to Santa Rosa County residents, the media and employees. She also conceptualizes, designs and distributes communication products which support the county's mission, programs and services. Whitfield earned a bachelor's degree in art with a specialization in graphic design from the University of West Florida.

Actively involved in her community, Whitfield serves as a co-leader of the Living Truth Church Soul Sisters, acts as a buddy for special needs children on Sundays and during monthly respite events and serves as the secretary for One Heart Outreach – a group that performs acts of kindness throughout Santa Rosa County each year during the week leading up to Easter. In her spare time, she enjoys photography, coffee dates with friends and spending time with her family. 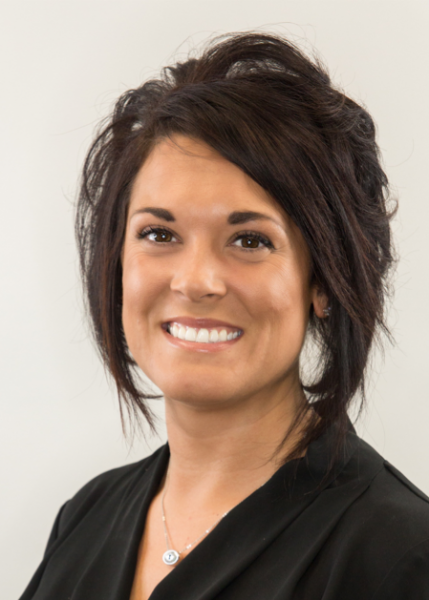 Megan Chapman is the Outreach & Development Director for Gulf Coast Kid's House. Gulf Coast Kid's House is a child advocacy center in Escambia County, the agencies and professionals located within their facility offer a "one stop shop" for children who are victims of child abuse.  Megan's role includes community engagement, event planning, fundraising, public relations and media relations.  Megan joined Gulf Coast Kid's House in January of 2016, bringing experience from her former roles with the University of South Alabama Athletic Department, the Detroit Pistons, and Tiger Point Golf Course.  She is a graduate of Gulf Breeze High School and the University of South Alabama and returned to Gulf Breeze in 2013, where she is an active member of the community through service on the Board of Directors for the Pensacola Beach Chamber and the Florida Public Relations Association, she serves on the Curriculum Committee for Leadership Pensacola and was a member of the Leap Class of 2019.

Megan is also a current member of the Powerful Women of the Gulf Coast, the Association of Fundraising Professionals and is active with all three chambers in Escambia County. Megan won Loaned Executive of the Year from the United Way of Escambia County in 2017, was recognized as an InWeekly Rising Star and a Difference Maker from the Studer Group in 2017. 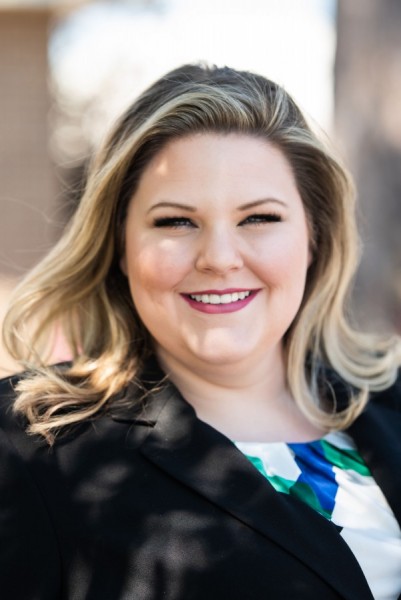 Kristin O’Bryan graduated from the University of West Florida in May 2019 with a degree in Communications with a focus in public relations, a minor in marketing applications and a certificate in digital marketing. She is currently the senior communications associate for Pensacola Habitat for Humanity; a non-profit organization that focuses its efforts to provide affordable housing for the Escambia and Santa Rosa counties. On average, Pensacola Habitat builds 40 to 50 houses a year and is rapidly growing each year. Kristin’s main role is to coordinate all Pensacola Habitat events throughout the year including social media posts, sponsorships and logistics of events. She is currently hosting Pensacola Habitat’s newest Facebook Live series, HabiFriday, every Friday at noon.

Last year, as a student member, Kristin won a judge’s award and an award of distinction in both the Pensacola FPRA Chapter and the Northwest Florida FPRA Chapter's Image Awards.  She was also a recipient of the Eileen Periggo Scholarship. 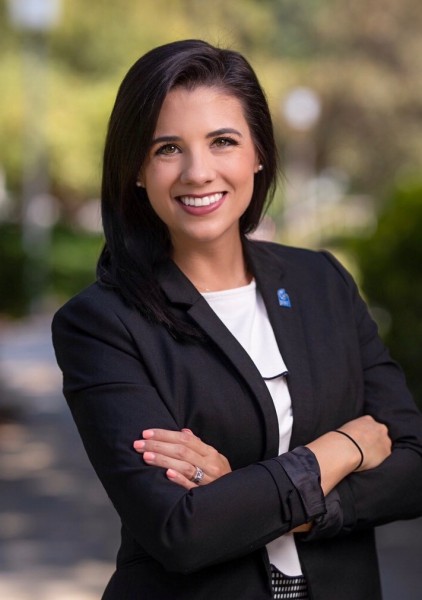 Brittany Sherwood serves as the Assistant Director of Strategic Communications for Institutional Communications, where she oversees the development and implementation of communication plans, strategies and initiatives that enhance the University’s visibility. In this role, Brittany manages integrated projects, as well as institutional social media and public relations strategies.

Brittany earned a bachelor's degree in communication arts with an emphasis in public relations and minors in marketing and hospitality from UWF. Previously, she served as the Public Relations Manager for Institutional Communications, where she managed media relations, publicity and communication strategies for the University. 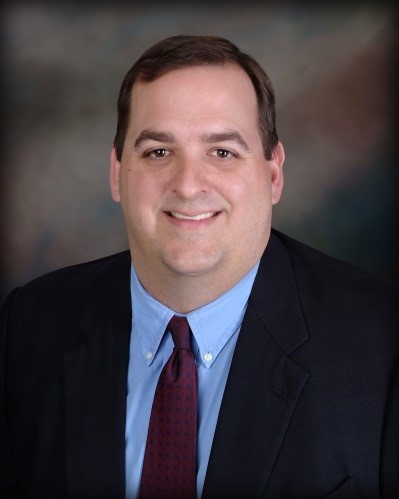 Cam came to Cox from Escambia County where he served as communications coordinator. Prior to the county, he served as the public information officer for the city of Fort Walton Beach where he received the Florida City-County Managers Association “Innovation in Communication/Technology” Award (2008).  Before joining Fort Walton Beach, Cam worked for WEAR ABC-3 as the Okaloosa County photographer and reporter.

He is member of the Pensacola Sports Board of Directors, Fiesta Board of Governors, Arc Gateway Foundation Board of Trustees, Florida Public Relations Association and Booker T. Washington High School’s Quarterback Club. 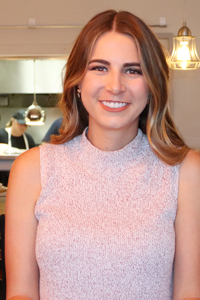 She is actively involved in the community as a member of the Escambia County School District Business Advisory Council and Big Brothers Big Sisters of Northwest Florida. A Pensacola native, Steck enjoys hosting dinner parties, traveling, paddle boarding, and NFL football in her spare time. 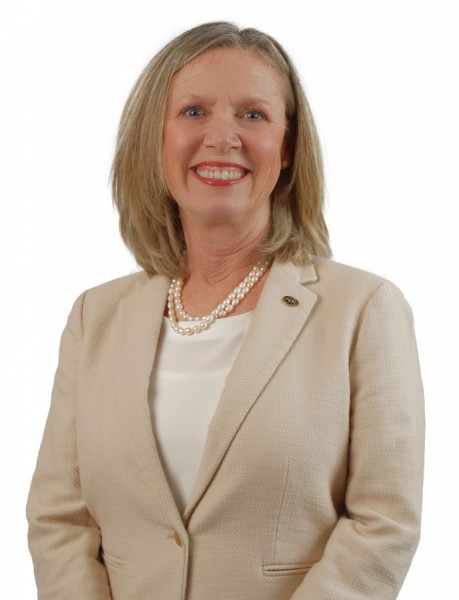 Vice President of Accreditation and Certification

Kathy earned her bachelor of arts in communication from the University of Alabama. During her career, she has had the privilege of working for some of the best known corporate and healthcare names in Alabama, including Southern Living magazine, The Birmingham News, Hoffman Media and Children’s of Alabama pediatric hospital. She was active in the Public Relations Council of Alabama and earned her accreditation in public relations in 2012. 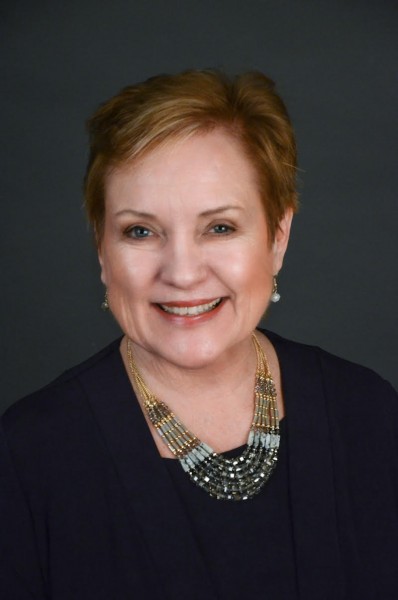 Vice President of Sponsorships and Fundraising

Betsy Smith earned a Bachelor’s in Psychology/Social Work from University of Texas, Austin and both a Master’s in Adult Education and a PhD in Organizational Leadership from Texas A & M University’s College of Education, which named her one of its Thirty Distinguished Graduates. She has served as a Senior Executive at, and/or consultant to, organizations such as: Pensacola (FL) Junior College, Center for Community Education (Texas A&M) and Austin (TX) Independent School District. During 20-year tenure at Pensacola Junior College, she served as Dean, Provost, and Vice President, supervising over 250 employees. She is a graduate of Leadership Florida, Leadership Pensacola, and the Cornell University Institute of Executive Leadership. 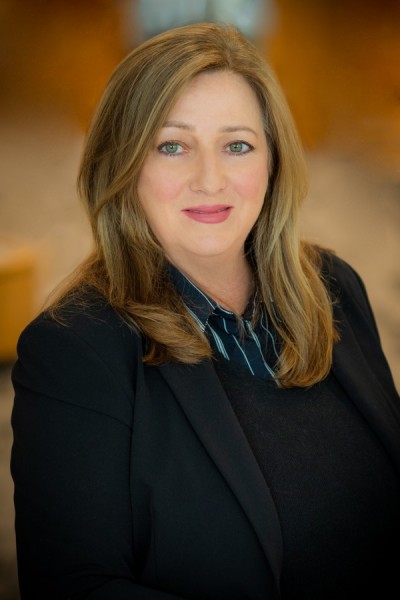 Kimberly Blair is a senior corporate communications and media relations specialist for Gulf Power Company. She joined Gulf Power in 2015 after a 28-year career in the newspaper industry that included 20 years as an award-winning reporter and content editor at the Pensacola News Journal. She was a founding staff member and enterprise writer for the Pensacola Independent News, now InWeekly, and a military and legislative affairs reporter for Northwest Florida News.

At Gulf Power, she is responsible for developing and implementing successful communication strategies for internal business units she supports and for public outreach. In her role, she supports media relations, manages communications for development projects with a focus on solar development, which includes organizing media visits and commissioning events. She also provides written and visual content for the Gulf Power newsletters and internal communications. She supports social media and signature community events, including the annual Gulf Power Economic Symposium. She serves on Gulf Power’s Employee Communications Committee, is a member of HOLA Hispanic club, and supports the company’s environmental stewardship programs. Kimberly is an Ambassador for Gulf Coast Kids House and an avid cyclist and outdoor enthusiast.